Education is the key to climbing the social mobility ladder 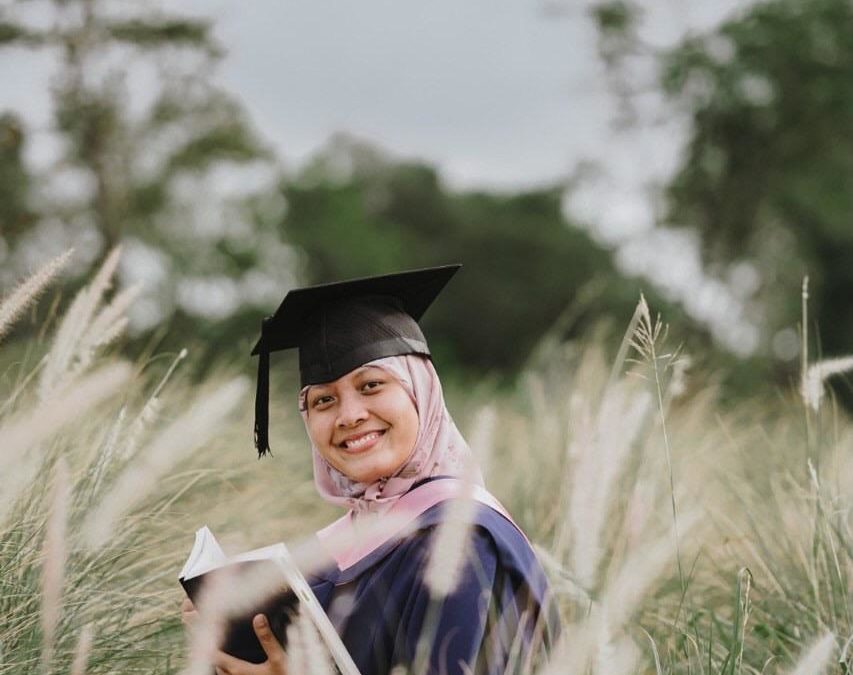 Since she was a child, Nuha Amani Misbahuddin’s mother has emphasized on the importance of having a good education in order to climb the social ladder here.

Nuha Amani, a National University of Singapore (NUS) graduate in English Literature, shared with Berita Harian (BH) that since young, her mother would bring her and three other siblings to read books at the library.

According to the alumni of Madrasah Irsyad Zuhri Al Islamiah, she found deep interest in English Literature even though she was only exposed to the subject at junior college.

Nuha excelled in her studies, earning a first class honors bachelor’s degree from NUS and also a recipient of the Yayasan Mendaki Outstanding Award in 2020.

“I always felt that I am able to do more for myself and that education becomes a space for me to venture into new interests and build my self-confidence so that I can contribute to society in the future.”

“Since childhood, my mother instilled an interest in reading in all of us. After I graduated from Madrasah and entered Jurong Junior College, I decided to explore the field of English literature, even though I had no experience in the subject,” Nuha pipes.

After undergoing training while studying as an educator under the Ministry of Education (MOE), she hopes to teach English and Literature subjects in school.

Apart from her academic achievements, Nuha Amani was also active in doing community work with the NUS Muslim Society (NUSMS) during her years in school and had held the position of Vice President of the society for one year.

Her mother, 58, a mosque admin staff, is her main motivator in overcoming the challenges she faces.

Her father is an Indonesian citizen who often works abroad since Nuha was young.

“I agree, when I moved from Madrasah to the secular education system, it took some time for me to adapt. But, I am grateful for my mum who strongly encouraged me to reap the benefits of both fields (academic and ukhrawi) – even though she was also a madrasah graduate,” said Nuha.

“With her principles in prioritizing education, I am proud to carry the same spirit and will continue striving to achieve excellence in whichever field I venture into,” she said.