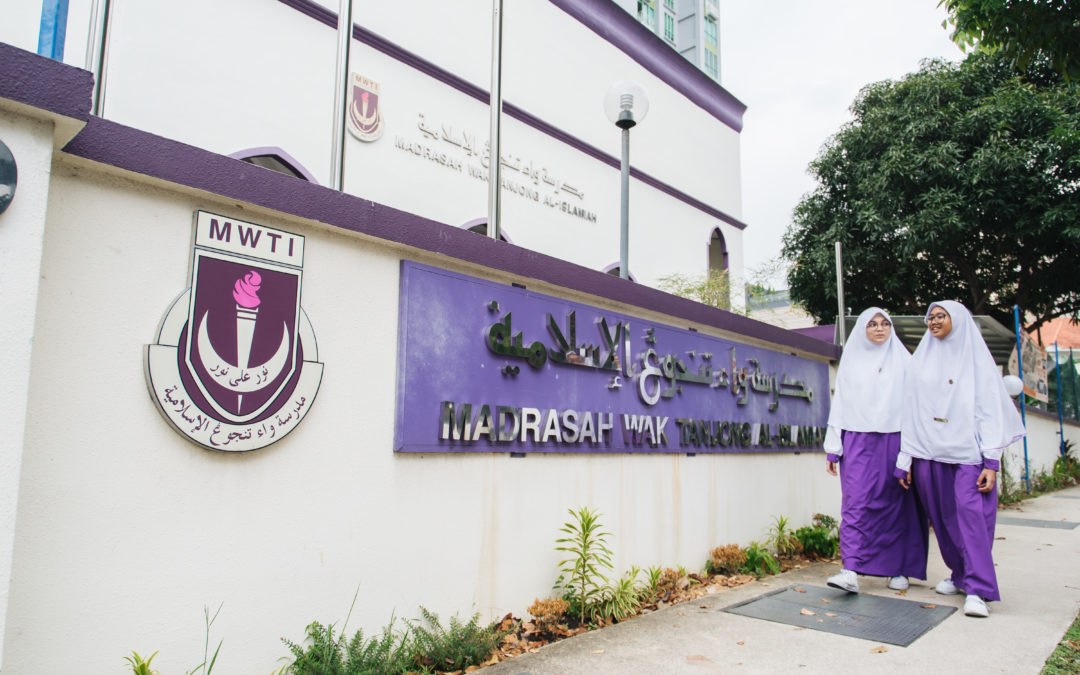 In a media interview with Minister in charge of Malay and Muslim Affairs, Mr Masagos Zulkifli Masagos Mohamad, Associate Professor Muhammad Faishal Ibrahim asked on Muis’ support for Madrasah Wak Tanjong Al-Islamiah, to preserve its role as an important religious institution which has nurtured many religious and community leaders.

According to Mr Masagos, the Islamic Religious Council of Singapore (Muis) has built strong relations with the madrasah and their board of governance to implement a comprehensive assistance package in order to strengthen the madrasah’s operations and education programs, besides providing various alternative views for them.

The new management board of the school are made up of experts in Islamic Knowledge, finance and law and are able to contribute with various perspectives to guide the madrasah.

Mr Masagos also announced previously that a couple of initiatives are in place with aim to develop and strengthen the Islamic religious sector in Singapore.

This includes the formation of the Community of Future Asatizah (Cofa) in order to get community feedback and having the Postgraduate Certificate in Islam in Contemporary Societies (PCICS), amongst other efforts to build future ready Asatizah.

Student Liaison Officers (SLO) are also appointed to help prepare students from Singapore – studying in the Middle East, Africa and South East Asia – to work in Singapore after their graduation.