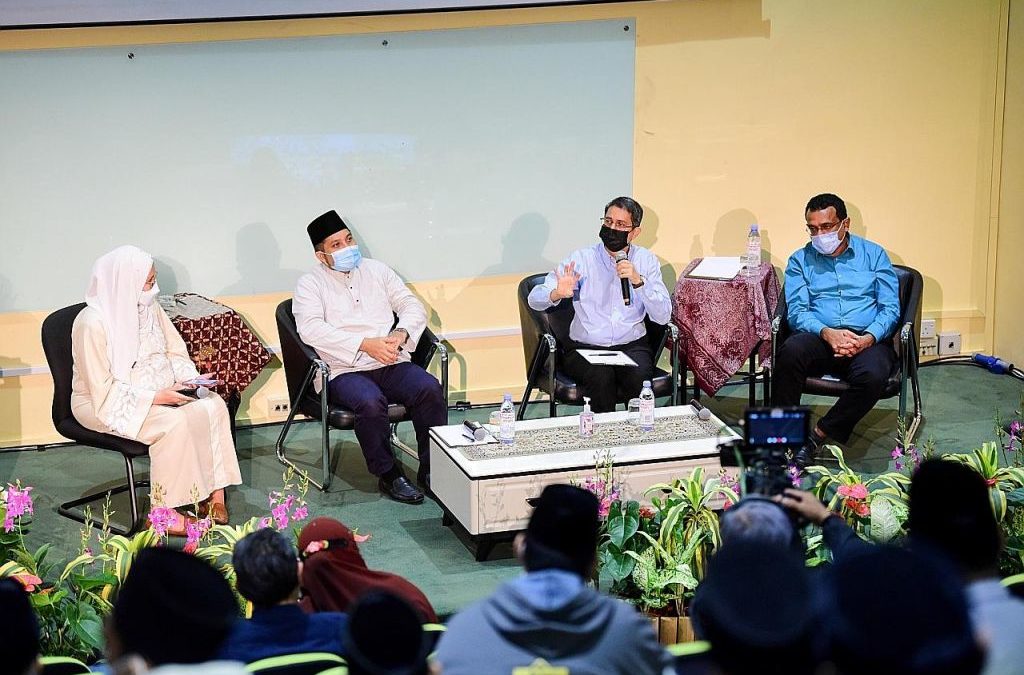 Strengthening social cohesion starts at home, with values instilled by parents in children and family conversations at home, influencing the way they interact with the community outside.

In addition, establishing true relationships with people from various backgrounds starts with neighbours.

This is one of the important issues raised during yesterday’s Madrasah Seminar dialogue session attended by the Minister of State (Home Affairs and National Development) Associate Professor Muhammad Faishal Ibrahim.

The biennial event is also supported by the Ministry of Home Affairs (MHA), the Singapore Islamic Religious Council (Muis) and OnePeople.SG (OPSG).
Local scholars and practitioners were invited to provide insights into the complexities arising from a multi-racial society, especially involving race and religion.

In addition, Dr Faishal also graced the event and joined the panellists during a dialogue session with madrasah students.

A total of 68 pre-university students from Madrasah Aljunied also attended the seminar.

The seminar provides a platform for madrasah students to engage in discussions of relevant national issues.

The seminar calls on the madrasah students to make voluntary contributions through small ways to act as Islamic ambassadors in a multi-society world.

In his presentation, Ustaz Muztazah Bahari from the Office of the Mufti urged madrasah students to play an important role in providing guidance to the community and ensuring that our social unity and resilience is not disrupted in the effort to weather this pandemic.

The seminar also saw a guest speaker who is the Head Institute of Policy Studies (IPS), Dr Mathew Mathews, making his presentation.

He described the various ways the Malay/Muslim community has adapted to strengthen racial and religious harmony in Singapore.

Some of the common themes raised during the previous seminar sessions included the widespread use of social media to spread the propaganda of violence, hatred, the role of youth to oppose radicalization, the importance of creating a cohesive society and youth action to shape Singapore in the future.