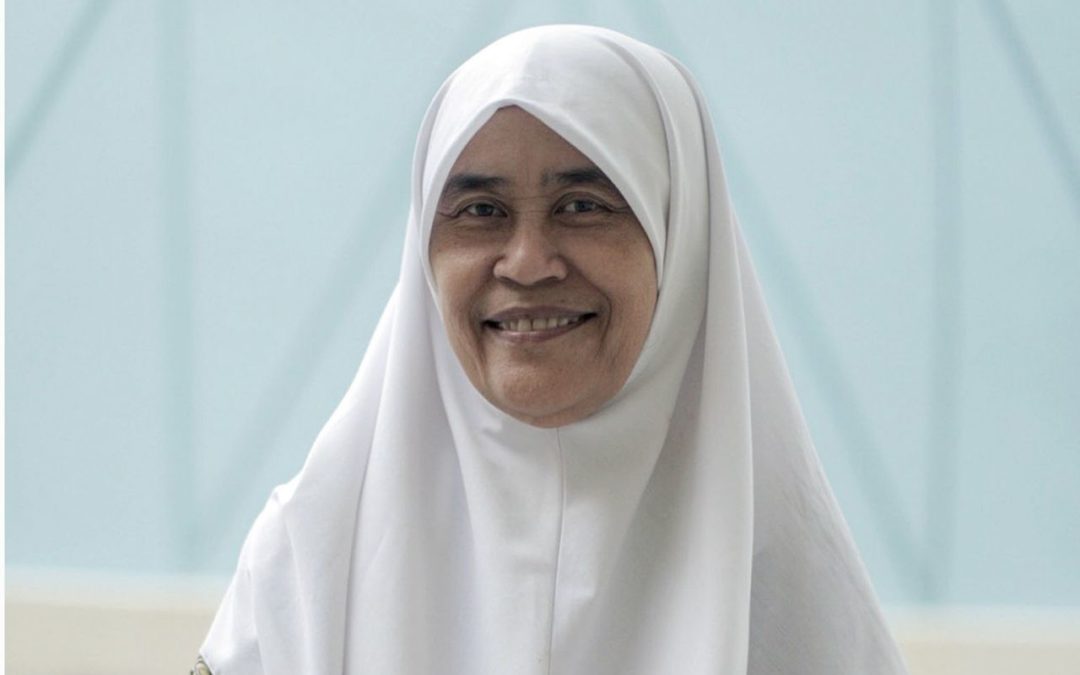 For the first time in the history of the Singapore Association of Islamic Scholars and Teachers (Pergas), an ustazah – Ustazah Sukarti Asmoin – was elected as a masyaikh or established advisor during the recent Pergas Supreme Council line-up voting.

Ustazah Sukarti, 67, was previously the first ustazah to hold the position of vice-president at the association.

She is now selected to join the ranks of the Pergas masyaikh which is lined up by established asatizah such as Ustaz Pasuni Maulan, Ustaz Ali Haji Mohamed, Ustaz Mohamed Fatris Bakaram, Ustaz Sallim Jasman and Ustaz Abdul Manaf Rahmat.

A masyaikh’s role is to provide religious advice and guidance and religious leadership that can unite the scholars and asatizah in facing various challenges in the future.

Pergas in a statement yesterday said the selection of Ustazah Sukarti as masyaikh “was a historic moment during the 64 years that Pergas was established as the only institution of ulama and asatizah in Singapore”.

Ustazah Sukarti said the selection was a big trust and responsibility upon her and she hoped to learn from the existing more experienced musyaikhs.

“I am honored to still be given the opportunity to give back to Pergas for as long as I am allowed and able to carry out that responsibility for the benefit of asatizah and the Muslim community of Singapore.

“I also hope that my election can be a source of inspiration to other ustazaat,” he said.

Meanwhile, Ustaz Mohamad Hasbi Hassan was re-elected as president of Pergas for the years 2021 to 2023.

The election of members of the Pergas Supreme Council for the years 2021 to 2023 was held during the 62nd Annual General Meeting (AGM) of the religious body on July 18.

The selection of the leadership line -up was conducted through an online voting platform.

A total of 13 other asatizahs were also elected as members of the Pergas Supreme Council in the meeting.

Ustaz Mohamad Hasbi said Pergas had started to make strides for a four-year strategic plan until 2024.

This includes upgrading asatizah training and development programs, providing religious guidance based on current issues such as domestic violence, LGBTQ groups as well as developing dakwah platforms in line with increasingly sophisticated technology.

He added that Pergas will also be more community-friendly and environmentally friendly.

Ustaz Mohamad Hasbi said he was confident in the ability of the new Pergas leadership chosen by the members.

“They are long-time asatizahs and have contributed a lot to the landscape of dakwah, Islamic education and religious leadership in Singapore.”

“I am more excited to see more involvement of women asatizah (ustazaat) in religious institutions so that it becomes a catalyst for us to emulate the important role that Sayyidatina Khadijah RA and Sayyidatina Aisyah RA have played in religious leadership and development,” he said.